“Now on the first day of the week, when the disciples came together to break bread, Paul, ready to depart the next day, spoke to them and continued his message until midnight.” – Acts 20:7 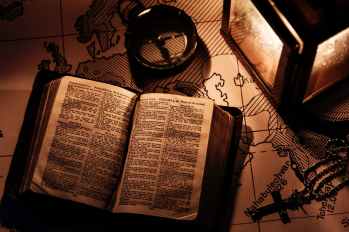 Much love and many thanks to everyone who is so kind towards me! As always, I appreciate you!

We’re still discussing Restoration of New Testament Christianity as we study through the book of Acts. In Acts chapter 20, we see an example of when the church partook of the Lord’s Supper – on the first day of the week. If we want to be like the early church that we read about in the New Testament, then we must do what they did.

When does the church that you belong to have communion?

Well, I submit that the church of the New Testament ate the Lord’s Supper on every first day of the week. Let’s take a look at the Scripture.

Paul made a stop in Troas on his way to Jerusalem. He was hurrying to make it there in time for Pentecost (Acts 20:16). Yet, he stayed in Troas for seven days. Then, on the first day of the week, the disciples came together on the Lord’s day to break bread (Acts 20:7). If Paul was in such a hurry (and he was) then why would he wait seven days to continue his journey of over hundreds of miles left to get to Jerusalem? It seems that Paul waited so that he could assemble with the church at Troas on Sunday in order to worship with them and to say goodbye (Acts 20:25, 37-38).

In “Did the Early Church Observe the Lord’s Supper on a Daily Basis,” Wayne Jackson notes the following about why Paul delayed his trip:

“The most reasonable inference is so that he could meet with the saints of that city and observe the communion with them. Burton Coffman noted: ‘Presumably, this delay from Tuesday till the following Monday was to enable the missionary group with Paul to observe the Lord’s supper with the church in Troas, an inference from the fact that no reason was given for the delay, coupled with the account of the Lord’s day meeting in Troas immediately after mentioning the delay’” (Commentary on Acts, p. 384).

In Acts 2:46, that says of the newly birthed church, “So continuing daily with one accord in the temple, and breaking bread from house to house, they ate their food with gladness and simplicity of heart,” the text tells us that breaking bread refers to them eating their food there. Notice what  Jackson says of Acts 2 and verse 46:

The term “breaking bread” in this passage does not refer to the Lord’s supper; rather, it denotes a common meal. This is evidenced by the fact that they are paralleled with “eat their food” in the same clause. The word “food” translates the Greek trophe, which essentially means nourishment (Danker, et al., Greek-English Lexicon, 2000, p. 1017). The term (employed some sixteen times in the Greek New Testament) is never used of the communion, for such was not designed to nourish the physical body.

We break the bread to commemorate the death of our Lord. Consider 1 Cor. 11:26: “For as often as you eat this bread and drink this cup, you proclaim the Lord’s death till He comes.” If we proclaim the Lord’s death by partaking the Lord’s Supper, then why not do it as often as is possible and is authorized by command or example? Also, we know that partaking of the bread, which represents His body, and the cup, which represents His blood, is something that is to be done continually.

Wayne also notes that there is a spiritual connection with the Lord’s Supper and the first day of the week. He says this: ”

When, therefore, the communion is eaten on Sunday, there is a vital link between the Savior’s death and his resurrection—a connection that does not exist at any other time.” -The Weekly Observance of the Lord’s Supper, Jackson. W.

Even in the records of church history, it is evident that the Lord’s Supper was observed every Sunday. Consider the following as noted by Jackson:

“The testimony of the writings of those who lived shortly after the apostolic age bears unmistakable witness to the fact that the Lord’s supper was observed each week on Sunday, and only upon that day. In the Didache (a document written about A.D. 120), the statement is made that Christians “come together each Lord’s day of the Lord, break bread, and give thanks” (7:14). Justin Martyr (c. 152) also speaks of Christians meeting on Sunday and partaking of the communion (Apology I, 67).

You can be a New Testament Christian if you will obey the gospel. Believe that Jesus is Lord, repent of your sins, confess that sweet name of Jesus, and be baptized for the forgiveness of your sins. And then you can partake of the Lord’s Supper every Sunday and commemorate His death and His resurrection.