The Creator of Life…Including Dinosaurs

“Look now at the behemoth, which I made along with you; He eats grass like an ox. See now, his strength is in his hips,
And his power is in his stomach muscles.
He moves his tail like a cedar;
The sinews of his thighs are tightly knit.
His bones are like beams of bronze,
His ribs like bars of iron.” – Job 40:15-18 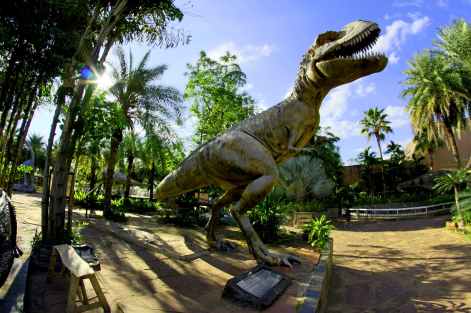 One of my elders, who is always so diligent in taking care of the house of God, recently shared with me some information about creation. I learn so much from him, and he’s always watching out for my soul. I thank God for such a devoted and loving shepherd.

I want to summarize with you some things that I have gathered from those various materials. I mean, dinosaurs are just cool, anyway!

I think it’s important to talk about them because people use dinosaurs to support their claims of the universe being evolutionary instead of it being created by God.

Most people are taught in public schools that dinosaurs lived millions of years ago on the earth, by themselves, without humans.

That information that was communicated is  incorrect. It’s false.

I submit today that dinosaurs lived at the same time as humans. There’s evidence of the occurrence.

Dinosaurs weren’t discovered until very late in our world’s history. The first dinosaur fossil was discovered in 1822. It was first named “iguanadon” because it was fashioned like a large iguana.

Then, in 1841, the British Anatomist Sir Richard Owen coined the term dinosaur. It means terrifying lizard. In 1992, it was found that some dinosaurs had spikes. So what we know about dinosaurs are relatively late discoveries.

Why do I believe that dinosaurs and humans lived at the same time? Well, to begin, the Bible says that God created living creatures that walks the earth on the sixth day. If all animals were created by the sixth day, then that includes dinosaurs. All but the ones God spared died during the flood, and thereafter they eventually became extinct – much like many other animals have become.

Secondly, at the Natural Bridges National Monument, the Kachina Bridge is covered with wall carvings by the Anasazi Native Americans. The carvings are dated to sometime around or before 1500 A.D. The carvings have a coating over them that has helped to preserve them. Notice the carvings in the above picture. What do the two pictures that are circled in red look like? It appears to be a dinosaur and a man.

Somebody had to have seen the dinosaur in order to carve it into the bridge. Remember, we didn’t know anything about dinosaurs until the 1800s. Some say the carving looks like an Apatosaurus. Well, at the Dinosaur Museum that’s about 50 miles from the Kachina Bridge, there is a set of bone fragments of the hip from an Apatosaurus found in that same area. That’s pretty neat!

Then in 1942, fragments of ceramic pieces were found at the bottom of a mountain. Along with the pieces, several clay figurines including the ones in the pictures below were unearthed. They are dated around 3000 B.C. Again, someone would have had to have seen them in order to have created the figurines. Also, recall that dinosaurs having spikes wasn’t discovered until 1992!

Then there’s the behemoth of the book of Job that is described in Scripture. The text says that “He eats grass like an ox. See now, his strength is in his hips […] He moves his tail like a cedar” (Job 40:15-17). We know that many dinosaurs were herbivores and ate vegetation.

We also know of some that had very long tails that could be likened to a tree. The word dinosaur was just coined long after the King James version of the Bible was translated. Even still, just because every animal known to man is not mentioned by name in the Bible does not mean that God did not create it. We know that He did because the Word tells us.

We also know that He created us, and He doesn’t want us to perish. Whether you believe the above info about dinosaurs or not, I hope that you recognize that God is your Creator and He wants you to live forever in heaven with Him. You can do that by believing that Jesus is Lord, repenting of your sins, confessing the sweet name of Jesus, and being baptized. Let’s all acknowledge the Creator and Sustainer of life.

Photo 1 by icon0.com on Pexels.com

*Note that some dates listed are estimates.