Have you repented to receive the forgiveness of your sins? 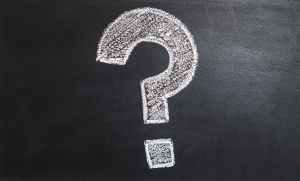 We’ve almost covered everything that God has stipulated for us to do in order to be saved from our sins and eternal death. We know now that one must first believe in Jesus as the Son of God who died for our sins; one must also confess that Jesus is Lord before others. Jesus has also said that we must repent in order to receive His salvation.

The Bible says, “He also said to them, ‘This is what is written: the Messiah would suffer and rise from the dead the third day, and repentance and forgiveness of sins would be proclaimed in His name to all nations, beginning at Jerusalem'” (Luke 24:47). Jesus also said “No, I tell you; but unless you repent, you will all perish as well” (Luke 13:3).

“Therefore, having overlooked the times of ignorance, God commands all people everywhere to repent” (Acts 17:30). The Bible is very clear: we must repent, or we will not be saved. Jesus said that we will perish if we don’t. God has commanded that we do it.

Jesus said, “I have not come to call the righteous, but sinners to repentance” (Luke 5:32). Anyone who says that they don’t need to repent is, in essence, saying that they don’t need God. In verse 31 of that same passage in Luke chapter 5, Jesus said that those who are well don’t need a doctor, but those who are sick do. So, those who believe they are saved on their own without doing what Jesus has prescribed are righteous in their own eyes but not God’s.

In order to serve God, we must stop being servants of unrighteousness and sin. That’s what repentance is. When you change your mind about doing wrong and decide to do what is right, that’s repenting. Jesus said that nobody can serve two masters (Matthew 6:24). You either serve God and righteousness or the devil and sin. When you repent, you choose to be a servant of God and what is right. “For godly sorrow produces repentance leading to salvation, not to be regretted; but the sorrow of the world produces death” (2 Corinthians 7:10).

Repentance leads us to salvation. Anyone who says that you don’t have to repent is taking away from the Word of God. If Jesus said it, then that’s what we need to do – not what anyone else says. God has told us, “You must not add anything to what I command you or take anything away from it, so that you may keep the commands of the Lord your God I am giving you” (Deuteronomy 4:2).

We’ve seen, from the Bible, where Jesus has explicitly and clearly stated that everybody everywhere must repent. It doesn’t make sense to think that you can simply believe that Jesus is Lord while still serving Satan and sin and think that you are doing what God wants. You have to believe that Jesus is Lord; you must confess that He is before others, and; you must repent of your sins – all of your wrongdoings against God and others. And, there’s more. Let’s do what Jesus says.

One thought on “You Can Repent of Your Sins”

Published by Disciple of Christ

Disciple of Christ has a story that is full of faith, family, friendship, failures, successes, misfortune, and blessings. She writes and shares about God's goodness and love and how He has tremendously blessed her life. She believes that the only way that we as humanity can thrive is to love, to honor, and to respect one another. Christ leads the way. View all posts by Disciple of Christ