We Are All Here

Posted on June 12, 2019 by Disciple of Christ Leave a comment

“But at midnight Paul and Silas were praying and singing hymns to God, and the prisoners were listening to them.” – Acts 16:25 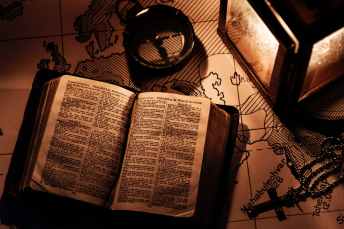 When you’re going through difficult times in life, you want a friend who will be there with you and who understands what you’re going through and what you’ve been through. You want someone with whom you can confide, or even who will watch your back while you sleep – someone to whom you can say (any or all jokes or hurt feelings aside), “Thanks for being my friend.” That’s what Paul had in Silas, I believe.

In Acts chapter 16, Paul and Silas are imprisoned together in Philippi. Paul had had a dream to go to Macedonia, and they went and stopped in the city of Philippi there. While there, Paul cast out an annoying spirit of divination from a girl who constantly followed them. The men who had previously profited from it were upset and seized Paul and Silas, taking them to the authorities. They were beaten with rods and thrown into prison.

“And they brought them to the magistrates, and said, ‘These men, being Jews, exceedingly trouble our city; and they teach customs which are not lawful for us, being Romans, to receive or observe'” (Acts 16:20-21).

But Paul and Silas didn’t let that stop them from trusting in the Lord. The text says that “at midnight Paul and Silas were praying and singing hymns to God, and the prisoners were listening to them” (Acts 16:25). Then there was an earthquake that shook the prison, opened the doors, and loosed all the prisoners’ chains.

Silas was not a stupid or unwise friend; in fact, he was very astute. He knew exactly what to do. In the midst of a dismal situation, at the darkest of night, Paul and his friend Silas praised God. And it broke the chains that had them bound. We can be set free from the heavy burden of our troubles, too, if we just stop to thank the Lord for all that He is and all that He has done for us.

In our darkest trials of life, we can turn to the Lord and He will help us through them. God dwells right there in the thick of the darkness (Exodus 20:21). I’m thankful for that.

“And the keeper of the prison, awaking from sleep and seeing the prison doors open, supposing the prisoners had fled, drew his sword and was about to kill himself” (Acts 16:27).

I know some people don’t like to discuss it, but at times life can be so discouraging and so drear that you may consider that the best thing is to end it. But, friends, that is not the solution to your struggles.

Others may engage in harmful behaviors, like drinking alcohol, to numb the pain caused by overwhelming obstacles in life. But, notice what Paul said to the jailer who was about to take his own life.

When you go through the storms of life, you are not alone. There are people who care about you, who love you, and who want the best for you. You can turn to a friend, a family member, a therapist, a 24-hour hotline (1-800-273-8255), the church, elders, spiritual leaders, and most importantly, the Lord.

Remember, the Lord is dwelling in the thick of the darkness with you. See, we are all here.

The Lord wants you to have an abundant life (John 10:10). That kind of life is found only in Him, and you can have it if you will believe in Christ, repent of your sins, confess Jesus as Lord, and be baptized for the forgiveness of your sins.

We are all here.