“But these are written so that you may believe Jesus is the Messiah, the Son of God, and by believing you may have life in His name.” – John 20:31 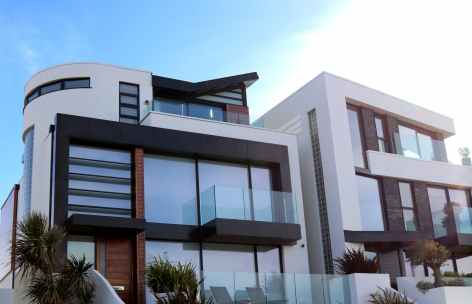 First, I have to give a BIG thanks to you! You keep reading, you keep encouraging, and you keep supporting, in a big way. I appreciate you! A big bunch!

Have you ever read those Dear Abby columns where people write in to ask questions and get advice about some circumstance in life?  For instance, someone may about the state of their life and how they absolutely must facilitate a change. If could be someone who’s been mistreated over and over again, and they write: “This is not how I desire to continue the rest of my life – continually abused and violated, being treated less than human. You don’t have the right to treat me this way. It’s not right. One way or another, this will end.”

The writer writes in about people taking and taking from her until she decides to just take away from them any possible way of taking from her again. The people who write in usually sign with an interested and related anonymous title, like, “Husband, Can You Call Me?” “You-Don’t-Own-Me,” “They’re The Embodiment of Evil,” “Will Soon Rot in Hell,” “Not Going To Be A Part of This Game Anymore,” “What’s Mine Is Not Yours!” “I’m Tired, So…Tired,” or something like that. I enjoyed reading those to find out how people would sign them in the end. Not to mention, the answers to their letters usually included some pretty sound advice. It was as if the writer and respondent both actually enjoyed it very much – the process.

I think a lot of times, people already have a plan about what they are going to do; they just want confirmation of their proposed theories that are often faulty and misconceived – in a very big way. It’s not uncommon for individuals to engage in cognitive distortions in their reasoning, and that kind of thinking can negatively influence them and the people around them.

An example of distorted thinking is emotional reasoning. It’s allowing your feelings to dictate how you perceive things to truly be. For example, if someone has experienced tragedy, loss, trauma, abuse, degradation, violation, defamation, exploitation, denigration, and any other form of outright disrespect and then low-life, uncompassionate, psychopathic, ungodly, and unloving people continue to subject them to the same, they would naturally probably feel quite bad. If they assume that because they feel bad and feel like God is not there for them that God does not exist, then they are engaging in emotional reasoning. Feeling bad, or even experiencing bad things does not mean that God is not present. He is present, and He does exist.

God is real, and there are many reasons to believe in Him. Christian apologists Eric Lyons and Kyle Butt summed them up quite nicely in “7 Reasons to Believe in God.” I’ll summarize them here and provide a few excerpts, but I encourage you to read the full-length article.

Reasons to Believe in God¹

That’s a lot of reasons to believe in God. And, they are pretty big ones, too. If you believe in God, then you’ll believe in His Son also whom He sent to die for our sins. You can have salvation that God offers if you believe, if you confess that belief that Jesus is Lord, if you repent of your sins, and if you are baptized.

Photo by Expect Best on Pexels.com