Posted on December 10, 2018 by Disciple of Christ One comment

“Blessed be the God and Father of our Lord Jesus Christ, the Father of mercies and the God of all comfort. He comforts us in all our affliction, so that we may be able to comfort those who are in any kind of affliction, through the comfort we ourselves receive from God.” – 2 Corinthians 1:3-4 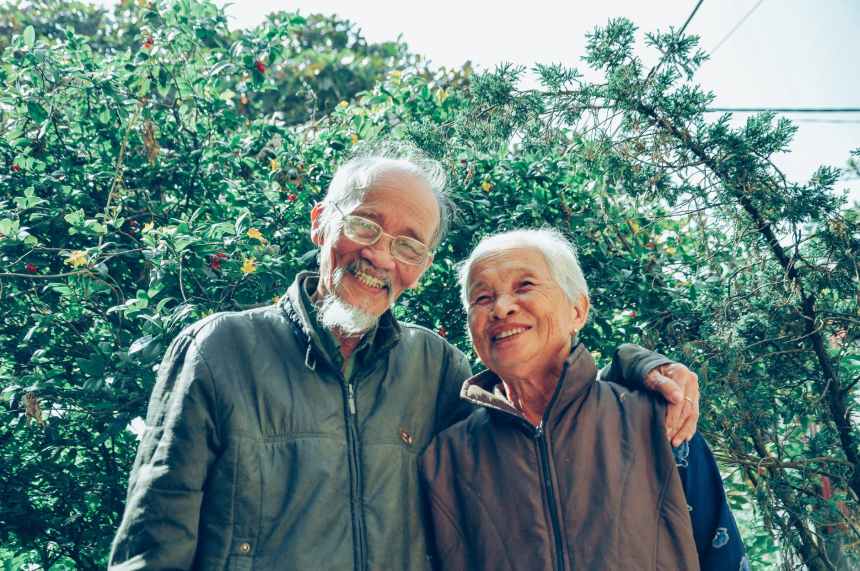 We can talk all day about how sin is wrong, but the reality is that people who are caught in a particular sin are people who are hurting; and they need help getting out of it. Think of the alcoholic, or the drug addict, or someone who binges excessively on food. Those things that they do are unhealthy ways of self-medicating to ease some pain they’ve experienced in life. I think similar is true with the sin of homosexuality.

It may not be the case in every situation, but in a lot of cases people choosing a homosexual lifestyle is a result of some hurt or pain caused to them. I went to a seminar earlier this year where the preacher was teaching on something totally unrelated, and he mentioned how in three different states he’d been to, there were parents who came to him for advice about their children deciding to live as a homosexual.

It’s clear that our country is pushing homosexuality as normal and as an acceptable practice. But now it’s even clearer that our young people – Christians, even – are struggling with that sin, more and more.

I think that young children and teenagers are in vulnerable stages when they get bombarded with tolerance of homosexuality in the media – to the point where they think it’s acceptable.

Well, it isn’t acceptable. That’s because of what God says. He’s the authority on all things moral. You can’t practice homosexuality and go to heaven (Romans 1:26-32). God calls it a perversion and unnatural.

I think young people need to know that those thoughts and feelings do not mean that you are gay or that you were made that way or that you have to practice homosexuality.

It’s a sin and temptation like other things are – only God puts it in the category of humans being with animals – a perversion (Leviticus 18:22-24). I know that some people won’t like me saying that, but I’m just saying what God said. I’m not making this up as I go.

I’m not trying to beat anyone with the Bible about it. It’s not hateful to say that a behavior is sin. I believe that all people are to be respected. We can hate sin and love the sinner.

Besides, I want to share my story so that anyone who is struggling may be encouraged to do what is right – especially young people who are so impressionable.

Between the ages of 4 and 7, I had two women to force themselves on me and force me to do things with them. One was a next door neighbor who was a lesbian, and the other was an older girl of a family with whom my family was friends.

The older girl would wake me up in the middle of the night when everyone was sleeping and make me go into a dark room with her. She said that we were playing a game and that I couldn’t tell anyone about it. That went on for some time. I was glad when we stopped going over to their house to spend the night.

Then it seemed like right after that stopped our family moved to a new house, and shortly after, two lesbians moved in next door. They had 3 or 4 little kids. Some were around the ages of my sisters and me, but they never went to school. They also never had on clean clothes or they barely had on any clothes at all. The youngest child walked around outside in diapers. The two women were always arguing, fighting, and drinking – sometimes right outside on their front porch.

When my sister and I would walk up to our house from school, one of the women next door would come outside and greet us or look out of her window. She was especially and overly friendly to me – in a creepy kind of way that made me uncomfortable. The way that she spoke to me was not like any other adult did in my life, so I avoided her.

Fast forward to my seventh birthday party. It was actually held about a week before my birthday, so I was still 6. We were all outside in the backyard for the celebration, and of course the kids next door got invited. I don’t think the mother of the kids was there, but her creepy lesbian partner was. It was time to light the candles on the cake and no matches were available. So, I volunteered to go into the house to get some.

Unbeknowst to me, someone from next door had soon followed behind me. I went into my mom’s room to get matches for the candles, and while I was in there looking for them, the creepy homosexual woman from next door came into the room and pulled the door up behind her.

My heart dropped. I was cornered. I knew something bad was about to happen. Apparently she’d had her eye on me the whole time leading up to it, and she found an opportunity to make her move.

I tried to figure out how I’d get away from her, but she stood between me and the door. So I tried to jet past her, but she grabbed me by the back of my pants and got hold of me. She then did what I guess she had been hoping to do all along to me.

I guess somebody figured I was taking too long to bring the matches, and maybe they noticed that she had gone missing, too. I don’t know, but my uncle walked up as I was pulling away from her and about to run out the door. And I ran into his arms crying.

Then my mom came in the house and it was the four of us standing there. I tried to tell them what happened, but I didn’t know how to say what she had done; plus, I was in tears.

So while I was trying to get myself together, the woman made up some story – something stupid about her scaring me badly by mistake when she was just playing a joke trying to make me laugh. Then she looked at me with that you-better-not-tell look.

They believed her. I was devastated. I don’t remember what happened at the birthday party after that. I don’t think I went back outside to the celebration.

I remember after that I had trouble sleeping. I thought that she was going to come through my bedroom window at night to get me, since my window was facing their house. Nights that I did finally get to sleep, I’d have accidents in the bed and sleep late.

One day I came home from school and it was eerily quiet next door. No half-dressed dirty kids were outside playing, and there was no creepy lesbian stalking me as I walked into the house.

My sisters and I eventually asked my mom where they were and if she’d seen them because she was home off from work that day.

She told us that the police had picked both the women up from the house and  that some people had come and taken the children away. She said that those women were never coming back again.

And they didn’t. All of their belongings were still in the house for weeks. The landlord had to throw their things out front for the trash pickup.

I don’t know the details of what happened, but I remember thanking God that night that that woman was gone, and I slept peacefully.

About a year later I went to church service one Sunday with my grandmother, and the preacher preached a fire and brimstone sermon about men being with men and women being with women. He said that those who did that were going to hell.

I didn’t sleep for days after hearing that sermon. I laid in bed awake each night wondering why those women had chosen me to do those things to and if I was made to be like that. I was scared that if I went to sleep I would die and go to hell. The sermon was pretty convincing, even for an 8-year old.

Finally, that following Tuesday night, my mom woke up, peeked into my room, and saw that I was still awake. When she inquired, I cried and told her that I was scared that I was going to go to the devil because of what the preacher preached that Sunday.

She told me that I was a kid and shouldn’t be worried about those things and that even if I were to die I’d go to heaven with God because I was only eight. After that, I was able to sleep.

Even in my adult life I’ve had women approach me or tell me that they were interested. And I wondered again, what is it that makes women interested in me like that. I’m not gay and I’ve never practiced homosexuality or given anyone reason to think that I would.

And I’m sure that if I never had those experiences as a child, I never would’ve had to wonder if that was a possible path or why someone of the same sex would approach me in such a way or have thoughts about things that were done to me or that I was forced to do.

I remember a television show once where Tyler Perry and other men opened up about similar experiences. So, it is not uncommon.

I say all this to say that just because someone of the same sex is attracted to you or you have questions about your sexuality does not mean that you are a homosexual.

You can choose to be heterosexual – just like you can choose not to steal or murder. It’s only a temptation and you don’t have to act upon it.

God’s ideal is for one man and one woman to be joined together for life. It doesn’t make sense that He would cause someone to live a sinful life. That’s the opposite of what He’s called us to do.

God says homosexuality is unnatural and a perversion. Anyone who’s tempted by it must fight it and not yield to it, like any other sin.

”Let no man say when he is tempted, ‘I am tempted of God’; for God cannot be tempted with evil, and He Himself tempteth no man.” – James 1:13

So, for anyone who questions their sexuality or has already been practicing a homosexual lifestyle: you don’t have to. You can choose differently and live life the way God wants you to live – a life free of willful and rebellious sin. You can repent of that way of living.

The choice is yours.

Photo by Tristan Le on Pexels.com

Thank you for your support and kindnesses, in reading. 😊