The Resurrection is Real

Posted on August 9, 2018 by Disciple of Christ 2 comments

“And if Christ has not been raised, then our preaching is vain and your faith is in vain.” -1 Corinthians 15:14 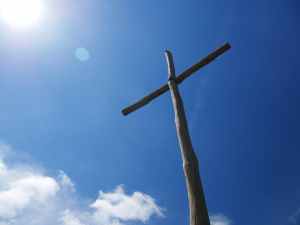 I was researching the theory of evolution on apologeticspress.org recently when I came across a really great article about the resurrection of Christ. The Christian apologist, Kyle Butt expounds on all the historical facts about Christ’s resurrection in his article The Resurrection of Jesus Christ. Reading it strengthened my faith, and I have that much stronger confidence in the resurrection of my Savior for having read it. The article is full of evidence, with nearly 30 references in documented findings. It was so good that I will only attempt to summarize it’s main points here. I strongly encourage you to click the link and read the full length article. It is definitely worth it.

The article centers around the historicity of Jesus’ resurrection. There are several facts that are laid out and detailed about Jesus’ life, death, and His resurrection. Butt establishes the following facts about Jesus:

3. The tomb of Christ was empty.

4. Christ’s apostles preached that Jesus physically rose from the dead.

5. The apostles suffered greatly and died because they taught about the resurrection of Jesus, and;

6. The Bible is the most historically accurate book of antiquity.

No one really can dispute that Jesus lived. Whether one believes the Bible as the inspired word of God or not, it is still a historical document. And there were Rabbis who didn’t believe in the message of Jesus who wrote about Him and His death. Butt points out that the Roman historian Tacitus wrote about the death of Jesus at the hands of Pontus Pilate. Josephus also, a non-Christian historian wrote about the death of Jesus. In addition, given that we know that in nature, all things living will at some point cease to exist, since we know it’s a fact that Jesus lived He had to at some point by now, at least, died.

The next point focused on the fact that the tomb was empty. Several biblical accounts testify to the empty tomb. Kyle Butt documents how the Jewish community wrote about and circulated the theory that the disciples stole the body of Jesus. He quotes writings from Justin Martyr from A.D. 165. If the tomb wasn’t empty, there wouldn’t have been a need to make up a false theory about why the body wasn’t there. Also, if the disciples had stolen the body while the guards slept, the guards would not have been able to identify who it was because they would have been sleeping.

Jesus was not dead, His body was not in the tomb any longer, and so the Jews had to come up with something because they didn’t want people to believe that Jesus was alive. But He was, and He is!

The Bible is replete of accounts of the apostles sharing the message of the resurrection of Christ (Acts 2:24, 31; 1 Corinthians 15). Kyle Butt emphasizes that the apostles did so to the point of redundancy. Some people say that all the early witnesses to the resurrected Jesus were hallucinating. But, thousands of people don’t all hallucinate the same thing. Again, whether or not one believes the Bible to be from God, it still stands as a historical document. It’s a fact that the apostles preached that Christ physically rose from the dead.

It’s also a fact that the apostles believed in the resurrection of Christ so much to the point that they suffered and died because of it. Butt notes Fox’s Book of Martyrs in his discussion about all the apostles’ death (except John’s). They died cruel and painful deaths, including beheadings, stoning, and crucifixions.

Lastly, Butt details the fact that the Bible is a historically accurate book. He focuses on the book of Acts largely and shares the findings of the archaeologist (and once, unbeliever) Sir William Ramsay about the accuracy of Luke, the widely believed writer of Acts, as a historian. He then provides arguments against the alleged contradictions about the resurrection accounts.

One argument he gives is regarding supplementation. The Gospel accounts supplement one another in that each one provides additional information that the other did not. For instance, Matthew records that there were two women going to the tomb on the resurrection day (Matthew 28:1), while John records one woman (John 20:1). Just because one account fills in other details does not mean there’s a contradiction.

If you and a friend go to a music festival and someone asks the both of you who’d you hear perform. You may name two bands, and your friend may name three different bands. That does not mean that your stories contradict one another; it simply means that there were supplemental details and the account of the music festival performances were told from a different perspective. Supplementation is not equivalent to a contradiction.

The article also addresses the idea that some espouse that there was some sort of collusion, or deceitful acts, among the eyewitnesses of the resurrected Jesus. If there was collusion, then everybody’s stories would have been the same. They would not have veered from the one story that they all agreed to tell. But, the Gospel accounts are different because they were told from a different perspective. Differences in a story or recollection do not equate to a contradiction either.

Kyle Butt’s article on the resurrection of Jesus Christ deals with all the facts about Jesus’ life, His death, and the events that took place after His death. There’s no explaining it all away. There was no collusion. There are no contradictions in the Bible’s resurrection accounts. Jesus lived. He died. His tomb was empty. His apostles preached the resurrected Jesus; they suffered and died because they preached Him crucified and raised, and there’s no getting around the accuracy of the Bible as a book of historical record. I hope that you will read the article in its entirety. The resurrection happened. Jesus the Christ lives!