Posted on September 4, 2019 by Disciple of Christ Leave a comment

“Now the purpose of the commandment is love from a pure heart, from a good conscience, and from sincere faith.” – 1 Timothy 1:5 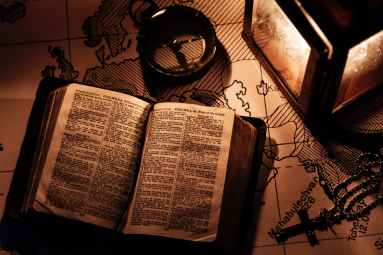 Hi friends and readers, alike! Thank-you for showing your love and support in reading. I appreciate you!!

We’re still traveling through the book of Acts as we seek to be restored to Christianity of the New Testament. Now we’re in Acts 23 after Paul was arrested in Jerusalem and the next day the commander brought him before the chief priests and the council of Jewish leaders to learn why he was being accused.

Paul stood before them all and began his defense: “Men and brethren, I have lived in all good conscience before God until this day” (Acts 23:1). They didn’t like what Paul was saying from the start, and the high priest Ananias commanded that he be hit in the mouth (v. 2). That sounds very similar to what happened to Jesus during His trial (Jn. 18:22).

Notice what Paul said – that he had lived in all good conscience before God until that point. Remember that it was Paul who stood by and held the coats of those who were stoning Stephen (Acts 7:58). It was also Paul who persecuted the church, dragged Christians out of their homes, and imprisoned them (Acts 8:3). How could Paul say that he had lived in good conscience when he had done all those hurtful things?

It was because he thought what he was doing was right. As a devout Jew, he thought that Christians were blasphemous for proclaiming Jesus to be the Son of God. Many Jews just didn’t believe that Jesus was God manifested in the flesh. So Paul was doing what he believed to be right.

That’s why we are seeking to restore New Testament Christianity, so that we won’t be one of the ones who the Lord turns away and says to them, ‘Depart from Me; I never knew you’ (Matt. 7:23). It’s possible to be religious and think that you are serving God and not be doing the will of God (Matt. 7:21). That’s what Paul (Saul) was doing.

He was persecuting the church in the name of God, but He was wrong. There are many people who are worshipping God in ways that are not prescribed in the New Testament – and with good conscience. We must be careful to study the Word of God as our guide for living so that we can be and do what those early Christians were and did.

Do you want a good conscience towards God that is guided by His Word? Then, baptism will save you. That’s what the Word of God says: “There is also an antitype which now saves us – baptism (not the removal of the filth of the flesh, but the answer of a good conscience toward God), through the resurrection of Jesus Christ” (1 Pet. 3:21).

Turn to Jesus today. Have your conscience cleansed from works that lead to death and from sin.