Posted on May 9, 2019 by Disciple of Christ Leave a comment

“And Stephen, full of faith and power, did great wonders and miracles among the people.” – Acts 6:8 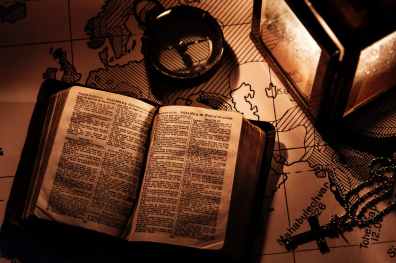 It’s comforting that there are still some kind people in this world who care about others. When you’ve experienced so many people who aren’t kind and do not care, it can be hard sometimes to believe that. But, I’m so very grateful for you, my dear readers, who show so much love and support – in ways that I sometimes may not even be aware I needed. I appreciate you. Thank you for being YOU!

We’ve discussed authority and how we have to follow Christ and His Words to know how His church and our lives as Christians are to be governed. It’s because Christ has all authority. And I want to emphasize that what I strive to teach is Christ and His teachings, alone. If ever I teach anything that is not aligned with the word of God or is untrue, then I earnestly urge you to always go with what the Bible says. I’m imperfect, just like any human. And if I make a mistake, I will do everything that I can to correct it. None of this teaching is about me being right, or the next person. It’s about how God is right and us all becoming right with him. So, always follow the teachings of Christ and not a man or a woman.

We also saw how the first deacons of the church were appointed and how deacons should be selected today.

One of those first deacons of the church was Stephen. The Bible says that he was “full of faith and power” and “did great wonders and miracles among the people” (Acts 6:8). Then some of the Cyrenians, Alexandrians, and those from Cilicia and Asia started to argue with Stephen. They “were not able to resist the wisdom and the Spirit by which he spoke” (Acts 6:10). They couldn’t refute what he was saying so they secretly got false witnesses together to lie on Stephen.

That sounds all too familiar. Remember what happened to Jesus (Matt. 26:59-61). when people hate you and what you stand for and they don’t have anything of substance against you, they resort to sneaky, underhanded, deceitful, and evil tactics to hurt and destroy you. That’s so sad, and I’m so sorry to hear that it even happens.

So, they lied on Stephen, “stirred up the people, the elders, and the scribes; and they came upon him, seized him, and brought him to the council. They also set up false witnesses who said, ‘This man does not cease to speak blasphemous words against this holy place and the law; for we have heard him say that this Jesus of Nazareth will destroy this place and change the customs which Moses delivered to us'” (Acts 6:12-14).

Even in their lies, the people of the council couldn’t help but see the sincerity on Stephen’s face. The Word says that they, “looking steadfastly at him, saw his face as the face of an angel” (Acts 6:15). He apparently, even looked innocent.

The high priest asked Stephen if what they were saying had any merit. And he responded by telling them the truth about Moses and Jesus. He preached the gospel to them starting  with Abraham and his descendants, all the way to Jesus (Acts 7:2-53).

There’s so much in the message that Stephen preached that I don’t have the luxury of expounding on in one post (it’s not a short post and it’s not a little amount of info, as it is; if it was, though, I would be no less desirous and no less proud to have it – the opportunity to write). I encourage you to read the full chapter of Acts 7.

There are a few things I want to note. Notice what Stephen said to the council at the end of His response:

“You stiff-necked people, uncircumcised in heart and ears, you always resist the Holy Spirit. As your fathers did, so do you. Which of the prophets did your fathers not persecute? And they killed those who announced beforehand the coming of the Righteous One, whom you have now betrayed and murdered, you who received the law as delivered by angels and did not keep it” (Acts 7:51-53).

Basically, Stephen told them that their ancestors persecuted and killed the prophets, and they did the same thing to Jesus. He told them that they betrayed and murdered the Lord. Of course, they weren’t happy to hear that. “When they heard these things, they were cut to the heart, and they gnashed on him with their teeth” (Acts 7:54).

That expression about gnashing of teeth was “expressive of the bitterness and malignity of their feeling” (Barnes). I don’t think that they were literally hacking their teeth away at him.

But the text also says that they were “cut to the heart.” Back in Acts 2, we saw that the people there were also “cut to the heart” (Acts 2:37). It means that they were convicted (or convinced) of their wrongdoing. The Word of God has the power to do that (Heb. 4:12). Yet, the people in Acts 2 who heard Peter’s sermon obeyed the gospel and were baptized. Those present at Stephen’s sermon had a different response.

“They cried out with a loud voice and stopped their ears and rushed together at him. Then they cast him out of the city and stoned him. And the witnesses laid down their garments at the feet of a young man named Saul. And as they were stoning Stephen, he called out, ‘Lord Jesus, receive my spirit.’ And falling to his knees he cried out with a loud voice, ‘Lord, do not hold this sin against them.’ And when he had said this, he fell asleep” (Acts 7:57-60).

They killed Stephen. For no reason, they killed him. All he did was teach the truth – the same thing that Peter preached on Pentecost. It was the same truth that Jesus is the Christ, that He Himself preached. (I wouldn’t be surprised if there were some who wanted to kill those of us to teach and preach Christ today.) And like our Lord, Stephen was murdered and while he was dying, he asked the Lord to forgive his murderers. Remember, that’s what Jesus did (Luke 23:34).

Stephen died in prayer to the Lord asking for help for other people. He truly was the servant that deacons are called to be. And, as a Christian, he only “fell asleep” in that he lives again with Christ (1 Thess. 4:14). What a blessing!

We can have that same boldness that Stephen did. We can also live with Christ and avoid the second death when our souls part from our bodies. If you haven’t, you must obey the gospel call. Believe that Jesus is Lord, repent of your sins, confess to others that belief, be baptized, and live a faithful life towards God.

Let’s make sure that when we leave this place, we can fall asleep in the Lord and not die again.