Posted on July 27, 2019 by Disciple of Christ Leave a comment

“For all the promises of God in Him are Yes, and in Him Amen to the glory of God through us.” – 2 Corinthians 1:20 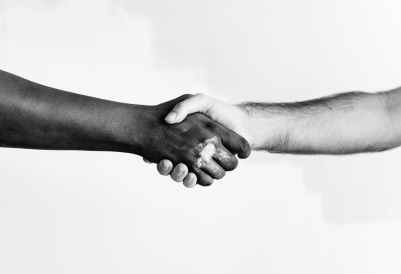 First, thanks to everyone who is so kind to keep reading along. I appreciate you!

Maybe you have been subject to the wiles of the devil. We all are at times. He’s deceptive. He’s crafty. He’s a liar. And he wants us to believe his lies so that he can take everything good away from us.

The Bible says that “he was a murderer from the beginning, and does not stand in the truth, because there is no truth in him. When he speaks a lie, he speaks from his own resources, for he is a liar and the father of it” (John 8:44). The devil works through people, and he is the father of all lies.

Satan’s job, and the job of the people who he works through – sometimes strangers, sometimes acquaintances, many times the media – is to steal, to kill, and to destroy (John 10:10). So we can’t listen to the lies those people try to get us to believe. I, for one, won’t.

I am not what other people say that I am. The devil and his minions want to throw all kinds of labels on us to steal away our happiness, to kill our dreams, and to destroy our way of life. That’s what thieves do. I’m not a thief. I don’t steal. I won’t let the devil use me. I want people to have happiness, to fulfill their dreams. and to have an abundant life the way God desires.

I can still remember the day in eighth grade that I walked to the bus stop from school on a very cold winter day. There were snow flurries. I passed by a homeless man slouched on the ground who was wearing no shirt and had on minimal clothes.

I was bundled up and still cold so I thought that he had to be freezing. To this day, it still bothers me that I didn’t take my coat off and give it to him. It’s because I know what the scripture says in Matthew 25:40-44. I’ve always held in my heart that how I treat the Lord’s people is how I treat the Lord. And for that reason, and because I care about others, it’s never been my goal or intent to hurt or do anything that will harm anyone.

But Satan wants me to believe a lie that God doesn’t forgive. Satan wants to hold our pasts over our heads and loom over us so that we can’t move forward. We can’t allow the devil to win. In fact, he’s already defeated. Christ won the victory at Calvary. He forgives and He gives us second chances.

I’ve since had the opportunity, on a number of occasions, to make giveaway bags with snacks and/or hygiene items to keep in my car and give away to the homeless that I encounter. It beats scrambling for change at an intersection. Now, I try to remember to keep food and water in the car to give to those in need. It’s not that I’m doing anything special and not to toot a horn. But the devil wants me to believe that I am a failure because of what happened umpteen years ago. He would love to get us all to believe that. But I don’t serve Satan and I don’t have to listen to him.

And just like I desire to build up the kingdom of Christ and help it grow and flourish, I want my country and its people to flourish. No; I am no traitor. I am loyal to my God, to my family, and to my country. But, again, the devil wants to label many in this country as something different than that; and the media plays a big role in propagating lies of the enemy.

So while the devil tries to destroy our lives, kill our self esteem and our dignity, and steal our joy with all kinds of lies, we fight back with the word of God. For I am fearfully and wonderfully made (Psalm 139:14). Like Jeremiah, God chose me before He formed me in the womb for his special purposes (Jer. 1:5).

We have to push back against the devil’s attacks against our lives and tell ourselves: I am kind. I am smart. I am loving. I am compassionate. I am loyal. I am forgiving. I am lovable. I am a dedicated worker. I am concerned about the needs of others. I do not deserve to be mistreated, abused, harassed, or bullied.

I am worthy of respect.