Why Not to Take a Brother to Court

“If any of you has a legal dispute against another, do you dare go to court before the unrighteous, and not before the saints?” – 1 Corinthians 6:1 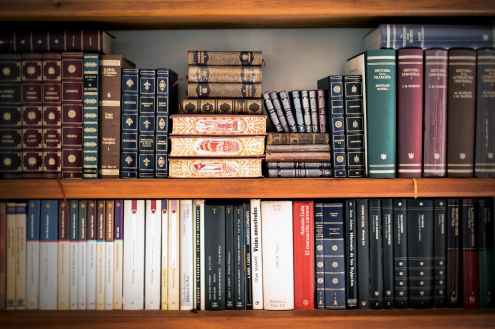 What the Bible teaches about Christians and the court of law is pretty interesting. It’s very much in keeping with all of Jesus’ teachings. They run cross-grain to the culture in which we live. We live in a sue-happy society. People try to sue over any and every thing – sometimes things that are very ridiculous.

While there are some reasons that necessitate involving the courts and having a trial, the guidelines are much different for a Christian. Notice the Lord’s teachings on it through the Holy Spirit in 1 Corinthians 6:

“When one of you has a grievance against another, does he dare go to law before the unrighteous instead of the saints? Or do you not know that the saints will judge the world? And if the world is to be judged by you, are you incompetent to try trivial cases? Do you not know that we are to judge angels? How much more, then, matters pertaining to this life! So if you have such cases, why do you lay them before those who have no standing in the church? I say this to your shame. Can it be that there is no one among you wise enough to settle a dispute between the brothers, but brother goes to law against brother, and that before unbelievers? To have lawsuits at all with one another is already a defeat for you. Why not rather suffer wrong? Why not rather be defrauded?” – 1 Corinthians 6:1-7

Notice in verses one and two of the above passage. The Christian should not even dare take a grievance against a fellow Christian before the court of law (v. 1). It’s Christians who will judge the world, so we should subject ourselves to be judged by the world and in the world’s ways, especially over trivial matters (v. 2).

Since Christians will be the judge of angels in heaven, then it makes sense that we should be able to make judgments amount ourselves in settling disputes and disagreements amongst ourselves (v. 3-5).

This passage resonates with me because, by law, I had to go to court to finalized the dissolving of my marriage – mostly just out of formalities, because that was required. However, I would never take my husband or former husband to court or sue him over anything. In fact, during proceedings, unlike many partners who try to get everything that they can from the other spouse, I didn’t ask for anything from him and neither did he of me. We understood then, and understand now the principle of Jesus’ teaching. What we had to do was just a part of the formal process.

I wouldn’t dare take my former husband to court – no matter what grievances there could possibly be between us. That’s just not the way I handle things. I wouldn’t take any Christian to court or sue them for anything – and especially wouldn’t sue a close friend. Christians should be and are able to handle any issues among themselves with each other. And if involved parties cannot agree, then they take the matter before the church for them to help settle it (v. 5).

If ever any person brought a lawsuit against me or attempted to take me to court, I would say, drop the matter, and settle the disagreement directly with that person (and the church, if necessary). And if for some reason someone tried to sue another person on my behalf, I would end the lawsuit immediately. I am a reasonable person, and if there’s an issue, I like to resolve it, without getting other people – and especially the court of law – involved. For any grievances against another individual, I say put the lawsuits to rest, or don’t even start them from the beginning – especially if that person is a follower of Christ.

When other people get brought into a situation, it only makes things worse because you have to deal with other people’s opinions and, sometimes, their depravity. That’s how it works when you involve the world in your personal matters. Things go to awry, far more than what they ever possibly could have gone without involving strangers, who are also worldly.

Suing large corporations or entities that harass, abuse, or mistreat an individual in any way is much different than the issue with taking individuals to court. Those business who abuse their power and take advantage of people can and definitely should be taken to court and sued so that their shenanigans can be brought to an end and prevented from happening to someone else.

But as for Christians, we are well aware that we can’t offer our worship to the Lord if we have any grievances or issues with our brothers and sisters in Christ. Jesus said that before you offer up a gift to God, you must seek peace and be reconciled with your brother (Matt. 5:23-24). And that’s what I want: peace. I love my brother and sisters in Christ. That’s how I see things should be toward the Christian. And I would never speak ill against him or do anything intentionally to dishonor, cause harm, or make trouble for him. Not ever.

“So if you are offering your gift on the altar, and there you remember that your brother has something against you, leave your gift there in front of the altar. First go and be reconciled with your brother, and then come and offer your gift.” – Matthew 5:23-24

We cannot enter the Lord’s courts with praise and thanksgiving, if we are taking are brothers or sisters in Christ to court (Psalm 100:5)

To have lawsuits with one another is already a defeat (1 Cor. 6:7). That’s why I say end the lawsuits against individuals – especially Christians, friends, and associates (past or present) – altogether. I’d much rather suffer being treated wrongfully by a brother or sister in Christ or a friend than take them to court before strangers of the world and parade our issues out in the streets, when we can handle the matter ourselves outside apart from the law.

Taking a brother or sister in Christ, or even a friend or acquaintance, to court or suing them is just about as absurd, as foolish, and as reckless as talking to a person with an injured brain while they’re unconscious and taking their words as accurate. It’s a very unwise thing to do.

Whatever is said of a person who is brain-injured and/or mentally impaired in some way is not true or verifiable. Their brain is surely likely to magnify a single event as an overarching theme, when in actuality it isn’t the case whatever was said or how it was said. I’ve seen and heard of patients with dementia who have severe cognitive changes and mood and personality swings, as I’ve mentioned before.

Sometimes they may lash out at loved ones – the very ones caring for them and supporting them – without even realizing it. Or they may say hurtful things that the person who they really are would never say. It’s because they are not in their right minds. And if they could tell their loved ones, they would say that I am not in my right mind or even thinking or reasoning. It’s just not normal; my mind is thinking of totally different things but they are manifesting themselves as something that is not the truth.

Basically, you can’t take those words as being complete or as, even, what they appear to be. I don’t think that anyone can fully understand what it means or how it is to lose cognitive functioning and control or to be mentally violated in that way by the illness, unless they have experienced it themselves. So with that illustration, you see how no one in their right frame of mind would take the words of a dementia patient to have any veracity. In the same way, it makes no sense to sue your brother or take him to court.

I love my sisters and my brothers in Christ. And for the Christian, I only want to honor, to show deep respect, and to demonstrate my love. There are some people in the world who know that and aim to do the exact opposite – to pit those who love one another with the love of the Lord against each another, because then it becomes much worse than if they (the evil people) do it themselves. It’s expected that evil people will mistreat others and, more so Christians (John 15:18; 17:14). But, there is no issue performing the commandments of God as it relates to resolving trivial disputes. That wisdom from God is actually the best I’ve ever had provided to me, hands down. And that’s the truth, ruth.

There are no ifs, ands, or buts about it. And there is no lag, as they say, for the Christian when it comes to legal matters. Remember, we are the judges of angels. So, the Christian is well-endowed to handle the weighty matters in judging the world and any others that also involve each other.

Like abusing the brain-damaged woman for entertainment purposes is unjust, taking a brother to court is just so not cool.

“Don’t take a matter to court hastily. Otherwise, what will you do afterward if your opponent humiliates you?” – Proverbs 25:8