The Holy Spirit and The Word of God

“He answered and said to them, ‘Because it has been given to you to know the mysteries of the kingdom of heaven, but to them it has not been given.'” – Matthew 13:11 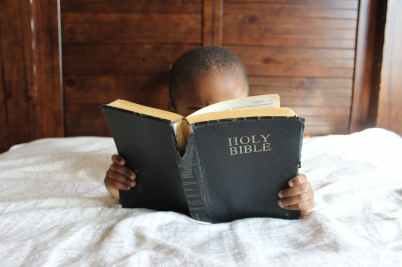 Get ready: this one will be quite lengthy. I know I am long-winded in my writing, as I have been in the bulk of my posts. But keep reading as we discuss the mystery of the kingdom. And thank you for your support in doing so. Much love to you who do!

I’m so glad that God is triune –  God the Father, God the Son, and God the Holy Spirit. They were all present in the creation of the universe (Genesis 1:26), and the Father, Son, and Spirit are still at work today.

“But the Helper, the Holy Spirit, whom the Father will send in My name, He will teach you all things, and bring to your remembrance all things that I said to you.” – John 14:26

Oftentimes, the Scriptures about the Holy Spirit teaching and leading into truth (among doing other things), are misused and misunderstood. I know that I grew up with a belief that verses like the one above and those in John chapter sixteen meant that somehow the Holy Spirit would show me truth and teach me in some mystical way. After a careful review of God’s Word, it is evident that that understanding is false.

God does not speak His truth to us today in dreams, passing winds, or instantaneous thoughts that pop into our heads. It’s simply not true.

“God, who at various times and in various ways spoke in time past to the fathers by the prophets, has in these last days spoken to us by His Son, whom He has appointed heir of all things, through whom also He made the worlds.” – Hebrews 1:1-2

“And many other signs truly did Jesus in the presence of his disciples, which are not written in this book: but these are written, that ye might believe that Jesus is the Christ, the Son of God; and that believing ye might have life through his name.” – John 20:30-31

We  have the revealed Word of God – the Bible. Christ’s teachings are the mysteries that He spoke to His disciples about in Matthew 13:11. What was a mystery, before God’s will was made known, is now revealed to us in His Word, by His Spirit.

“Now to Him who is able to establish you according to my gospel and the preaching of Jesus Christ, according to the revelation of the mystery kept secret since the world began but now made manifest, and by the prophetic Scriptures made known to all nations, according to the commandment of the everlasting God, for obedience to the faith.” – Romans 16:25-26

“When the day of Pentecost had arrived, they were all together in one place. Suddenly a sound like that of a violent rushing wind came from heaven, and it filled the whole house where they were staying. And tongues, like flames of fire that were divided, appeared to them and rested on each one of them. Then they were all filled with the Holy Spirit and began to speak in different languages, as the Spirit gave them ability for speech.” – Acts 2:1-4

And it was on Pentecost that the gospel of Christ was preached after the apostles were given the Spirit to teach them and bring to their remembrance the things that Jesus said to them (Acts 2:14-36). (Note that the verse says different languages; the tongues, or languages, were something intelligible that people could understand – not the “tongues” that people interpret it to be today that no one understands or can interpret.)

When the people heard the gospel preached, their hearts were pricked, and; they asked Peter and the apostles what they needed to do in response to the gospel that had just been preached.

“‘Repent,’ Peter said to them, ‘and be baptized, each of you, in the name of Jesus Christ for the forgiveness of your sins, and you will receive the gift of the Holy Spirit.'” (Acts 2:38). And the Lord added those people who were being saved to His church (Acts 2:47).

Note what Paul said about his spiritual wisdom: “On the contrary, we speak God’s hidden wisdom in a mystery, a wisdom God predestined before the ages for our glory. None of the rulers of this age knew this wisdom, for if they had known it, they would not have crucified the Lord of glory […] Now God has revealed these things to us by the Spirit, for the Spirit searches everything, even the depths of God” (1 Cor. 2: 7-8, 10).

“By reading this you are able to understand my insight about the mystery of the Messiah. This was not made known to people in other generations as it is now revealed to His holy apostles and prophets by the Spirit: the Gentiles are coheirs, members of the same body, and partners of the promise in Christ Jesus through the gospel. I was made a servant of this gospel by the gift of God’s grace that was given to me by the working of His power.” – Ephesians 3:3-6

The mystery of the gospel was revealed to the apostles and prophets by the Holy Spirit. And they wrote the New Testament that we have today – not of their own doing, “because no prophecy ever came by the will of man; instead, men spoke from God as they were moved by the Holy Spirit” (2 Peter 1:21).

Once the New Testament of Christ was completed, there was no need for miraculous signs and gifts like those that were present in the first century. Paul said that prophecies, knowledge, and tongues would cease (1 Cor. 13:8-12). All those things were temporary until the complete will of Christ was manifested. Now we can look into that perfect law of liberty as through a mirror (James 1:23-25), because we have the full Word of God revealed.

The mystery is the gospel and the preaching of Jesus Christ, just as Paul explained in Romans 16:25-26. It’s not hidden anymore. You can pick up the Bible, read it, and understand God’s revealed Word just like the next person.

You don’t have to be a preacher or go to a theological seminary to understand it, either. And you don’t have to wait for a voice in the night or to feel some unction in your body telling you something. The Lord doesn’t speak to us in that way anymore. The mystery is much bigger than that. “But what does it say? ‘The word is near you, in your mouth and in your heart’ (that is, the word of faith which we preach)” (Romans 10:8).

There are no more revelations to come from God than what we have in the Scriptures.

“As His divine power has given to us all things that pertain to life and godliness, through the knowledge of Him who called us by glory and virtue, by which have been given to us exceedingly great and precious promises, that through these you may be partakers of the divine nature, having escaped the corruption that is in the world through lust.” – 2 Peter 1:3-4

Everything that we need for life and godliness is in the Word of God. And it’s those Scriptures that are beneficial for doctrine, for reproof, for correction, and for instruction in righteousness, so that we may be complete (2 Tim. 3:16).

So, the Spirit has already led and guided into the truth the apostles, prophets, and disciples of His day. We don’t have the miraculous gifts of the Holy Spirit as the first century Christians did. They have ended. Anyone who claims to miraculously lay hands on others, speak in tongues, and prophesy are in no way doing what the early Christians did in the New Testament, and; it is a mere imitation. We have the full revelation of God, and today we are led and directed by the Holy Spirit through the Word of the Lord.

The gospel is available to all. That gospel is the death, burial, and resurrection of Jesus Christ (1 Cor. 15:1-7). And we obey that gospel by doing what Christ did: we die to our sins, we are buried with Him in water baptism, and we rise from the water to newness of life (Romans 6:1-5).

Have you obeyed that gospel? Has the Word of the Lord pricked your heart like those 3,000 souls on the day of Pentecost who repented and were baptized for the forgiveness of their sins  – and then were added to the Lord’s church (Acts 2:47)? There are not a couple of decisions that can add up to be as important as the one about your soul’s salvation. It’s a big  decision. Make it today.

“Therefore lay aside all filthiness and overflow of wickedness, and receive with meekness the implanted word, which is able to save your souls.” – James 1:21

Photo by nappy on Pexels.com