Let Us Dwell Together in Unity

“How good and pleasant it is for brethren to dwell together in unity!” -Psalm 133:1

As “iron sharpens iron, so a man sharpens the countenance of his friend.” -Proverbs 27:17

“A cord of three strands is not easily broken.” -Ecclesiastes 4:12 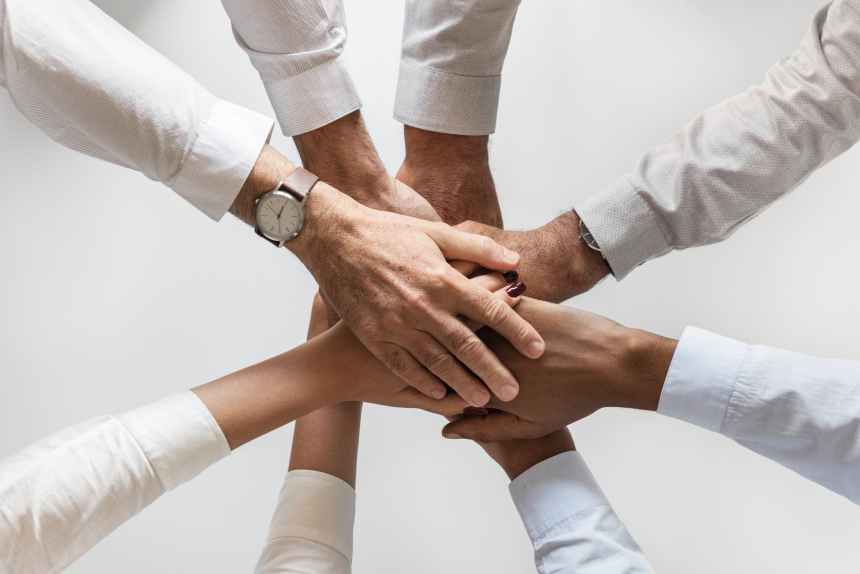 I’m not sure who officially coined the phrases, but you’ve probably heard it said that two heads are better than one and that nobody is an island. No matter how you slice it, it’s clear cut: we are better off together.

I remember Friday Night Bingo growing up where all of my cousins, aunts, and uncles, along with my sisters and I would gather together at my grandmother’s house and play Bingo. Whoever won the game also won a prize; then we’d play another game until we all got tired. Those were some fun times. As adults, my cousins, sisters, and I reminisce of those days. It wasn’t so much about the game, winning, or the prize. (Okay, so maybe it was a little bit about the prize. Just a little.) But, it was really about the friendship, fellowship, and bonding with one another that made those times so special.

I also have fond memories of growing up spiritually – meeting together with groups of other Christians going door-knocking to invite people to worship, have Bible studies with them, or to pray for their concerns. Those memories also include gathering with fellow Christians to visit widowers and widows after the loss of their spouses, or cooking meals and delivering them to the sick and shut-in. Now those were some really fun times. I remember them most because those moments when we were united and working on a common goal to help other people had a lasting impact on my soul. Whether it’s playing a game to fellowship with one another, or helping someone in need, there’s something about unity and being on one accord with others – especially ones that you love.

As created beings we naturally gravitate towards human connections. We thrive in family units, work teams, and bodies of believers. As much as my anxiety would some days like it not to be so, human interaction and bonding is necessary. And when Christians bond together in unity, God can work in us in a mighty way for His glory on the earth. It really is a good and sweet thing when brothers and sisters live together in unity.

Can you imagine the good that we could do in this world if all of Christendom came together in the same mind, with the same purpose – the souls that would be saved, the lives that could be transformed? It’s a big idea to consider because we have so many divisions among us from the start. So many groups are separated in their own sects, that it seems implausible. But, with God, all things are possible (Matthew 19:26). I’ve always wondered why we have so many different religious groups within the realm of Christianity. It ought not to be so. There’s the Methodists, Presbyterian, Lutheran, Baptists, Pentecostal, non-denominational, and so on. And all believe that Jesus is the Christ, the Son of the living God. And all are using the same guidebook – the Bible. Yet, there are still so many different teachings. If we will all believe the same thing, teach the same thing, and endeavor to do the same thing, then we will be doing as Paul admonished the Philippian church – “thinking the same way, having the same love, sharing the same feelings, focusing on one goal” (Philippians 2:2).

Perhaps it’s naive of me to believe, but unity among believers, of all different backgrounds, is possible. If we simply stick to what the Bible says then we can achieve the unity that God wants us to experience. It’s as simple as doing Bible things in Bible ways. The Scripture is not from man’s private interpretations; it comes from God (1 Peter 1:20). So we should take God at His word and remove subjection, personal biases, opinions, and traditions out of the way. Then we can move towards harmony.

The concept of unity is a present theme throughout the Bible. The Father, Son, and Spirit are one. Man and woman come together in marriage, and the two become one flesh (Matthew 19:5). The early church came together and were all on one accord (Acts 2:1, 46). And to be more explicit, the Bible teaches us in Ephesians four, verses four through six that there is one body, one Spirit, one hope, one Lord, one faith, one baptism, and one God and Father of all of us. So the idea of oneness and unity is a signature of Christianity. It’s so important that Jesus prayed to the Father for us – you and me – to be one, just as He and the Father are one (John 17:20-23).

God never intended for us to be divided. By the name denomination itself, there is already division implied. The word denominator comes to mind – fractions, divide, ratios, and percents. They all represent parts of a whole – the unit and oneness that God has called us to be. Many of the names that have been assigned to different sects of Christianity are not biblical. Where do we ever see in the Bible the early church being called Baptists, Lutherans, Methodists, or anything other than Christians? We don’t find it in the Bible, because the early followers of Christ were called Christians (Acts 11:26).

Let’s drop the man-made names and only identify ourselves by the name of Christ. He’s the one who died for our eternal salvation. We can be pure and simply Christians, just like we read about in the Bible. All we have to do is follow the pattern laid before us. We can be unified in our identification as believers, remove un-Biblical names with their traditions, and have the same mind about doing things the way God would have us.

“Can two walk together without agreeing to meet?” (Amos 3:3). That’s why God gave us teachers and evangelists – “to build up the body of Christ, until we all reach unity in the faith and in the knowledge of God’s Son […] Then we will no longer be little children, tossed by the waves and blown around by every wind of teaching, by human cunning with cleverness in the techniques of deceit” (Ephesians 4:12-14).

The devil is already, on his own, trying to deceive us and tear us away from the Lord; let us not help him out by having strife, dissension, and trouble amongst ourselves as believers. But, let us always be, “with all humility and gentleness, with patience, accepting one another in love, diligently keeping the unity of the Spirit with the peace that binds us” (Ephesians 4:2-3).