“But you have eyes and a heart for nothing except your own dishonest profit, shedding innocent blood and committing extortion and oppression.” – Jeremiah 22:17 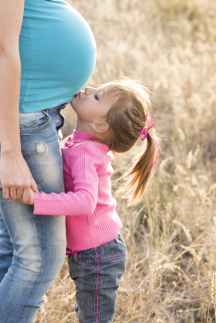 There are many in this country who have devalued the importance of human life. Thankfully, there are many who promote the respect of all life. We recognize that even the lives of unborn babies matter. And millions of sweet, precious babies continue to be murdered every year, while so many proponents are paving the way to make it acceptable to kill children after they come out of the womb or up until their one-year birthday. Since when did this country devolve into such an abyss?

Humans don’t decide when life begins or that they can end another person’s life. That’s a decision left to the Creator of the universe. Babies in the womb are life; they are alive. God said it (Job 31:15; Psalm 139:13; Jer. 1:5).

We need to work to protect the lives of the unborn and provide other options to mothers who don’t want their children. With as many people in Western Christendom and all the megachurches with mega-millions as there are, Christians can and should band together to form programs or clinics that support reluctant mothers and guide them towards being good parents or considering adoption instead of killing their babies just because they choose to do it. Christian clinics could serve as alternatives to places like Planned Parenthood that promote and perform abortions.

Thankfully, the Trump Administration has imposed the Gag Rule that cuts off federal funding of abortions through the Title X program. Why should the government give resources that aid in the murder of human beings, anyway.

The president of Planned Parenthood, Dr. Lena Wen, made a statement about the Gag Rule saying: “Imagine if the Trump administration prevented doctors from talking to our patients with diabetes about insulin. It would never happen.” With all due respect, getting care for chronic illnesses like diabetes and getting options for how to end the life of a human being are not the same. They are quite different, actually. You can’t equivocate.

No one is saying that the health of patients isn’t important or that women don’t have rights. The issue is supporting the execution of innocent lives.

I mean, I’m all for women’s rights, equal pay, and fair treatment. What I don’t support is what people call the “right” for someone to kill another individual. That’s not a right. Most people don’t want their taxes – hard-earned money – to go towards the murder of innocent life.

The current Health Secretary Alex Azar and Deputy Assistant for Population Affairs Diane Foley recognize that. And, hopefully, the Supreme Court will recognize it, as well, with nearly two dozen abortion cases up for possible review.

“‘Jerusalem, Jerusalem! She who kills the prophets and stones those who are sent to her. How often I wanted to gather your children together, as a hen gathers her chicks under her wings, but you were not willing!” – Luke 13:34

Jesus even said not to keep children from coming to Him. Notice the imagery of love and care that He uses when describing children (Luke 13:34). God does not want innocent lives to be snatched away and snuffed out. “But Jesus said, ‘Let the little children come to Me, and do not forbid them; for of such is the kingdom of heaven’” (Matthew 19:14). The Lord loves children, and when women abort their pregnancies, ending the lives of their babies, they essentially are forbidding them from coming to the Lord.

Hopefully the hearts and minds of those who support, promote, provide, and carry out abortions will be changed. The sooner this country moves away from the degradation of human life, the sooner we can move closer to honoring the lives of others.

Christ leads the way. He stands waiting to welcome all who will obey His commands: believe that Jesus is the Christ (John 8:24), confess the sweet name of Jesus (Romans 10:17), repent of your sins (Luke 13:3), and be baptized for the forgiveness of your sins (Mark 16:16; 1 Pet. 3:21). Then the Lord will add you to His church – His family, where your soul and your life will be valued and set for a home in heaven.