Come Aside by Yourself

Posted on February 24, 2020 by Disciple of Christ Leave a comment

“And He said to them, ‘Come aside by yourselves to a deserted place and rest a while.’ For there were many coming and going, and they did not even have time to eat.” – Mark 6:31 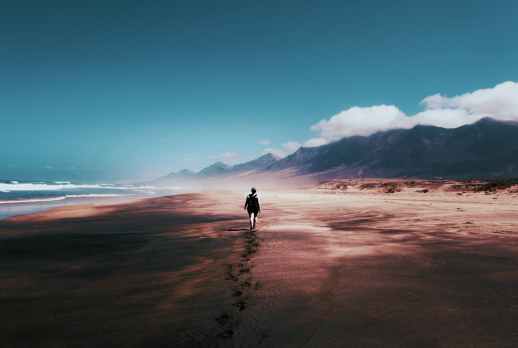 Hey, good people! Thank you for your continued show of love and support in reading! I appreciate you!!

Are you waiting for the Lord to do something for you? Is it that new job you desire? A spouse? Or do you covet a boost in your finances? Perhaps you want to be closer to Him and have a better relationship with God. Sometimes what we need and want, we haven’t received yet because of what’s around us.

Notice in the Gospel of Mark, God did some mighty works through His Son Jesus. When Jesus had come through the region of Decapolis to the Sea of Galilee, “Then they brought to Him one who was deaf and had an impediment in his speech, and they begged Him to put His hand on Him. And He took him aside from the multitude, and put His fingers in his ears, and He spat and touched his tongue” (Mark 7:32-33).

Jesus healed the man to where his ears were opened and he spoke plainly (Mark 7:35). But notice that before He healed him, Jesus took the man aside from the multitude.

Again we observe Jesus performing a miracle and healing a blind man in Bethsaida. “He took the blind man by the hand and led him out of the town” (Mark 8:23). Jesus restored the man’s eyesight, but not without first taking him aside away from the town where he was.

And when His disciples needed rest, Jesus told them, “Come aside by yourselves to a deserted place and rest a while” (Mark 6:31). There were so many people that they were tending to that the disciples didn’t even have time to eat. But Jesus knew what they needed and how to provide it for them. He first needed then to come aside by themselves away from the crowd.

The deaf and mute man desired to hear and speak. The blind man coveted his sight. And Jesus’ disciples sought rest. But the Lord did not perform these great works for them until they were away from crowds of people, away from the town where they resided, or away from things that bogged them down.

And the Lord wants to give you what you desire if it’s in line with His word, but maybe He needs you to get away from certain people, from a certain city or place where you are used to being, or from certain things that get in the way from Him blessing you.

You know the kind of environment that you’re in, the people that you have around you, and the things that weigh you down. The Lord implores you, come aside by yourself and receive the healing, the rest, the salvation, and the blessing that He has in store for you.

You can have the salvation that Christ has by coming aside from the world, believing the Jesus is Lord, confessing that He is Lord, repenting of your sins, and being baptized for the forgiveness of your sins.

Sometimes we have to get away from certain people, we have to remove ourselves from our environment, or we have to stop doing certain things for God to perform mightily in our lives.

What’s stopping you from getting your blessing?

Photo by Tom Swinnen on Pexels.com