Suicide in the Bible

Posted on September 13, 2019 by Disciple of Christ Leave a comment

“Be of good courage, and He shall strengthen your heart, all you who hope in the Lord. – Psalm 31:24 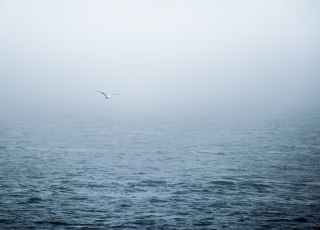 Hey, readers! Thank you for being who you are and being so kind to me in reading. I appreciate you!!

When you think about death by suicide in the Bible, Judas is probably the first person to come to mind. He killed himself after he betrayed Jesus for thirty pieces of silver (Mt. 27:5; Acts 1:18). There were others, too.

There are a total of six deaths by suicide recorded in the Bible. There is Samson who pushed down the temple over himself and the Philistines after they had captured him and held him bound (Judges 16:29-30).

King Saul and his armorbearer both fell on their swords in the face of impending death in battle (1 Sam. 31:4-5).

Ahithophel, who David had trusted (2 Sam. 16:23) and who advised Absalom in fighting against his father David, killed himself when he realized how events turned (2 Sam. 17:23).

And Israel’s king Zimri, who reigned for seven days after conspiring against King Elah, ran into the palace and burned it down over himself after he realized the city had been captured (1 Kings 16:18).

It’s probably the case that more people think about suicide or have thought about it before than will admit it. It’s something that we should talk about more readily so that people who are struggling with suicidal thoughts can get help. Then maybe it won’t be so taboo. And maybe we can prevent deaths.

Suicidal thinking and death by suicide can occur among the most unsuspecting people. Even Jesus was tempted to take His own life. Recall that when He was in the wilderness the Devil tempted him to stand on the pinnacle of the temple and jump off of it (Mt. 4:5-6). The Bible says that when we are tempted we are drawn away of our own desires and enticed (James 1:15). The Devil tempted Jesus with the fact that God would order His angels to protect Him (Lk. 4:10).

And Jesus was in all points tempted as we are (Heb. 4:15). He was tempted with death by suicide. Sometimes suicidal thoughts can be passive – more of the not-wanting-to-be-here type or the pondering of what-if-I-just-don’t-wake-up type. Those are probably more common. There doesn’t always have to be a laid-out plan for someone to be thinking suicidal thoughts. It’s important for us to recognize the signs so that we can help someone in need.

It’s also important to note that even though Jesus was tempted to die by suicide, he did not carry out the act of killing Himself. I’m glad that we have that example to follow. Jesus responded with the temptation of suicide by going to the Word of God.

I can’t count the number of times that I’ve felt down, depressed, or hopeless and going to the Word of God for comfort, for hope, and for strength changed my outlook.

If you are dealing with suicidal thoughts, you must know that you are not alone. There is hope, there is healing, and there is strength for you to make it to a brighter day. The Lord can give you that kind of comfort.

He can put you around people who will help you – counselors, psychologists, psychiatrists, friends, family, and Christians who are willing to help you through the dark times of life.

And if you just want another person to talk to, you can always call the National Suicide Prevention Hotline at 1-800-273-8255. There’s now even a Crisis Text Line for those who prefer that mode of communication.

And if you ever feel alone, remember that you are never alone even if you feel that way. The Lord says that He will never leave or forsake us (Heb. 13:5).

Take comfort, my friends, if Jesus was tempted with suicide and overcame it, then we can overcome, too (Jn. 16:33).

“Fear not, for I am with you; be not dismayed, for I am your God. I will strengthen you, yes, I will help you, I will uphold you with My righteous right hand.” – Isaiah 41:10

Photo by Enrique Hoyos on Pexels.com